Sales Tricks And Mind Games You Should Never Use

You’re probably familiar with the idea that a good sales manager has to be good at psychology or that true sales experts read their prospects and pull clever mind tricks on them. The same thing can be said about businesspersons in general. Sometimes they are painted as Hannibal Lecter — all-knowing, perceptive and capable of getting into other people’s heads. And many business owners or sales managers try to live up to that standard.

Before we started out as Belkins, we saw a lot of beginning sales managers who tried to be mind-readers and get into their prospect’s heads. Those attempts either bore no fruit or backfired. That’s because the sales managers in question were too busy following the latest business communication trends or the guidelines in the latest sales book they read, without acknowledging reality.

They also weren’t aware of the fact that you can’t be confident about the quality of the product, service, tool, or even a piece of advice until you either test it or get tangible proof from someone who has tested it before you. Mind tricks are not immune to this. There are good ways to outline the preferences of your prospects and pick up the pattern of communication they’re comfortable with and there are ways that will end with you alienating your prospects. Or worse, that comes off as pushy and manipulative.

To ensure your B2B communication always goes smoothly and your decisions are built on truly relevant information instead of random facts, let’s talk about bad mind tricks a bit.

# 1. Playing on the insecurities

Given how often we mention pain points, it sounds as if we suggest you bring up your prospect’s problems without actually mentioning them. But there’s a difference. Let’s break it down.

So, if you were to choose between A and B, who would you pick?

Never start your conversation with anything that may come off as “Hi, you need help.” Ever. Even in B2C, getting carried away with the insecurities of your target audience and continuously pushing their buttons is frowned upon.

First of all, nobody wants to feel like an infomercial character. Second, the worst thing you can do is tell your B2B prospect, a person who took part in developing the company and is responsible for its critical processes, that they are failing. It won't be a conversation between two equal professionals who seek to improve their metrics and even make things better for their industries. It would be a rather short talk because your prospects aren’t likely to tolerate a condescending tone. Sales managers who start with pushing their prospect’s buttons like this are associated with a lack of professional experience and confidence. After all, a professional who is confident about their core strengths doesn’t have to intimidate people into employing their services.

We often hear that sales executives should initiate action and motivate your potential customers to move to the next stage of the sales funnel. We’re also told that our potential buyers won’t bother themselves with progressing further if they’re not prodded enough or not told that they don’t have all the time in the world.

Following that logic, it’s acceptable to insert emails that inform prospects about a limited offer or force a deadline on them during a phone call. For example, telling them that they should make their choice by the end of the current day is as acceptable as counting the days before the offer ends. Some would say that it’s fine to create a false sense of urgency by pretending that a permanent offer is a temporary one.

However, you can already tell why it sounds phony. It puts your prospects under too much unnecessary pressure and it creates the feeling of animosity towards you. Nobody likes it when someone puts a timer in their life in any way. In B2B, where decisions are made by a group of people instead of just one person, it makes a particularly bad impression. It shows you don’t respect your prospect’s time and workload. Is that the approach your prospects expect from their ideal vendor?

Let’s look at an example.

A company offers a wide range of services, including app development for Healthcare and Fintech. Logically, it has lots of customers from major healthcare and financial institutions. So, when the sales executives of the company need to find more leads for their Healthcare app development service, would it make sense for them to include the full list of their clients regardless of their specialization and industry? Of course not. Healthcare institutions are not going to be impressed by how many Fintech organizations were boosted by the company. They are looking for a vendor trusted by other health facilities.

Mentioning the clients that are relevant to the prospect’s industry may seem like a logical thing to do, but many people make the rookie mistake of choosing big-name brands over relevant brands when describing their clients. They believe that the scale of their operations is enough to impress their target audience. However, your target audience can tell the difference between the mere majority and the majority that matters. You should too.

Some sales managers like to try the following trick: they introduce their prospects to the price packages and start with the cheapest one, subtly implying that the prospects wouldn’t be able to afford the larger package. Their goal is to make their prospects take the bait and purchase the more expensive package of services to prove the sales manager wrong. It seems like a clever idea, but in reality, you are more likely to offend your prospects and lose them forever. After all, mind games like this only work in B2C. And, even then, only when they are executed by truly perceptive people who have a degree in Psychology who can read their audience. In other words, the success stories depend on the individual qualities of the sales executive.

This method doesn’t work in B2B. Since it’s a group of titles that makes the ultimate buying decision, there is no point in challenging them or daring them to acquire a more costly service package. Second, by offering them the cheapest version, you may unintentionally insult your prospect’s ability to manage their budget or control their expenses and lose them as your potential customers.

As for other reverse psychology tricks, you shouldn’t make your potential B2B buyers do what they don’t want to do. If they see through your game, they will stop thinking of you as a credible vendor and move on to other options. Nobody wants to deal with a person who would rather manipulate and dance around the subject instead of explaining the hows and whys in a transparent and mature way.

What about the good tricks?

In our opinion, there are downright bad tricks (the ones that invade the prospect’s privacy, ignore the SPAM-CAN act and break the law) and tricks that can work in one situation and backfire in another situation. We can’t tell you about the top approaches that will turn the tables on your sales in the current year. However, we can give a few tips on how to shape the right approach to communication with the prospects.

Has anyone ever tried to pull a mind trick on you? How do you prefer to build your sales communication? Let us know what you think about those tips or your personal experience of speaking with B2B buyers. We’d love to hear from you!

Subscribe to our Blog
And receive weekly tips and insights on how to grow your business from Belkins experts.

Chief Growth Officer at Belkins
Since starting his career in sales & marketing 9 years ago, Dmitry never stopped searching for new opportunities that can turn the tables on sales development and the ways that shape B2B relationships. He is always eager to share his findings with the audience. 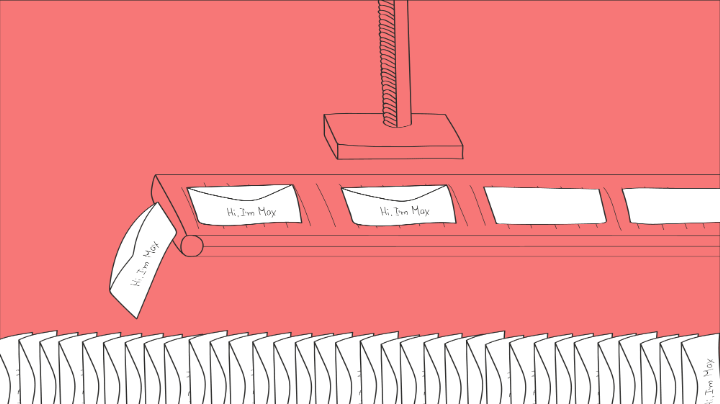 Email Deliverability
Email Cliches That Make You Look Like a Beginner
A single word can remove all credibility from your opening line. Just one cliche can turn your email from compelling to generic. We compiled a list of email cliches that negatively impact your image.
Dmitry Chervonyi
10m 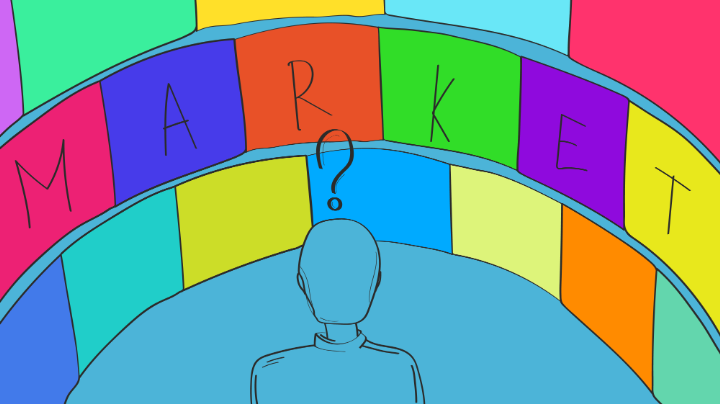 Lead Generation & Research
How To Know The Types Of Markets You're Dealing With
Why do some companies lead the market for years while others sink and fade into obscurity? How do your target audiences change with time? How do you survive in a market that is used?
Dmitry Chervonyi
9m
This website uses cookies to improve your experience. Continue to use the site as normal if you agree to the use of cookies. If you’d like to find out more about the cookies we use or to opt-out, please see Belkins Cookie Policy.