Back to case studies

Peregrine Renewable Energy is a small company that has been selling and installing solar panels to commercial property owners in Connecticut since 2016. Peregrine delivers turn-key solar power projects with top-notch design and optimized engineering solutions. The company also helps every client pick up an individual financial plan and leverage the government incentives.

Peregrine's founder Rob Liflander has relationships with United Illuminating, Eversource, and Connecticut Green Bank, which helps the clients get necessary permits. Rob does all the measurements, assesses the opportunities, and offers optimized solutions to clients. And this one-person business has accomplished over 20 projects and installed panels that generate 2.5 megawatts of solar energy.

For years new clients found Peregrine through referrals. But at some point, this method stopped being effective. Rob needed to set up continuous lead generation, but he didn't know how to approach it, as he never ran any outbound marketing campaign. So, Rob asked Belkins to help him establish a flow of leads to grow the business.

When we started cooperation with Peregrine, our team faced several limitations:

So, at that moment, we had only one option to find new leads — do the cold outreach and try to make appointments. And Peregrine's CEO Rob Liflander was cooperative and ready to assist us in establishing the process of landing leads. He was gladly sharing the details of the business processes and arrangements.

So, our reps Yuriy (Account Manager) and Alice (Sales Development Representative who has grown to Senior Account Manager) could understand how commercial solar power projects work. This knowledge allowed them to better understand the target audience, as they were pioneering sales activities for Peregrine.

However, defining the TA (target audience) and ICP (Ideal Customer Profile) wasn't as straightforward as it seemed.

Consequently, this opportunity was beneficial only for building owners who needed to decrease electricity bills. For example, those who rented premises for a fixed  "utility-included" price. Unfortunately, Peregrine's offer could hardly interest lessors whose tenants were paying the utility bills themselves. But the limiting factor was that we had little chance to learn such data about the leads we targeted.

In addition, we needed to consider owners who wanted to gain an eco-friendly reputation. With solar panels, landlords could leverage the fact that they use the alternative power source and move their rental facilities to the prestigious segment. Identifying the proper criteria of a potential customer was hard, but getting their contacts was even more complicated. So the Belkins team tried more than five ICPs before it all worked.

So, Peregrine Renewable Energy didn't only install the solar panels that included physical, financial, and EPC (Engineering, Procurement, Construction) analysis of the system. The company also provided a complex solution that helped businesses leverage the switch to alternative power. And this was a competitive advantage that could boost brand awareness and attract many leads outside the state.

However, due to specific legal requirements and restrictions, Peregrine operated only in Connecticut and didn't plan to go outside the Connecticut market. This was another constraint for our outreach activities.

And here's how Belkins overcame the problems.

1) We tried a straightforward approach to identifying the right ICP. We had to research who owns the buildings and could potentially benefit from setting up solar panels. Then our idea was to reach out to construction owners directly. We used official registries of business entities to learn the names, but instead of individuals, legal entities were registered as owners.

Sometimes we needed to click plenty of links with companies' names to finally see a human behind them. So, this approach to generating leads was really slow. Moreover, we learned that probably because of the U.S. taxation system, people owing buildings didn't like going public. So we could spend hours for a single lead, estimate the potential benefits, craft the cold email, and even have our message landed in the inbox.

But if the owner didn't want to show up or considered Peregrine an unreliable partner, our offer could be ignored. And chances were high that most of our emails would be treated as spam because trusted intermediaries did not endorse them. So, we had to reconsider how we reached the buyer persona, and here's what we did.

2) We found an out-of-the-box method to determine the ICP. The Belkins team was brainstorming and, after changing several ICOs, they got an idea. The thing was that all building owners collaborated with real estate brokers. And brokers were much easier to reach and collaborate with. They also were ready to forward the offers to potential buyers, so the team started to craft personalized emails before the first call.

Belkins improved the qualification process and, together with Peregrine, reached many prospects with a personalized project. For this, our team, for example, used Google Earth to measure the square footage of the roof and other sources to estimate the average monthly electricity bill. This information let us contact only those leads who could gain from our proposal.

In such messages, we shared the estimated cost of the project, wrote about the state incentives that could decrease the investment, mentioned the payback period and other critical metrics. Often, there were several rounds of conversations and emails with related people before we contacted the right person.

3) We didn't try to reach only CEOs and founders. The quickest way to contact the decision-maker seems to be the only suitable option. But in our case, it wasn't quite so.

It was better to have a few rounds of calls with several managers or employees to build a rapport, gain trust, and prove that we want to bring value rather than sell.

At the beginning of our cooperation, we committed to set 15 appointments during the first three months. However, we did a lot of work with the wrong target audience, but the outreach was ineffective, and the lead generation process was slow. We set only three appointments this way, and the client was worried.

However, as soon as the Belkins team found the right strategy for reaching the buyer persona, they did 43% more than initially planned. For three months, they set 27 meetings instead of 15.

4) We found many leads through referrals. Making brokers our target audience not only gave us access to the potential customers. Real estate agents got involved and learned about the cost-effectiveness and other benefits of solar panels. And consequently, they thought about their other clients and told them about Peregrine.

This way, each broker could bring us several more leads who were open to dialogue. The only thing we had to do was prepare personalized offers to demonstrate the value of installing solar panels to real estate owners. 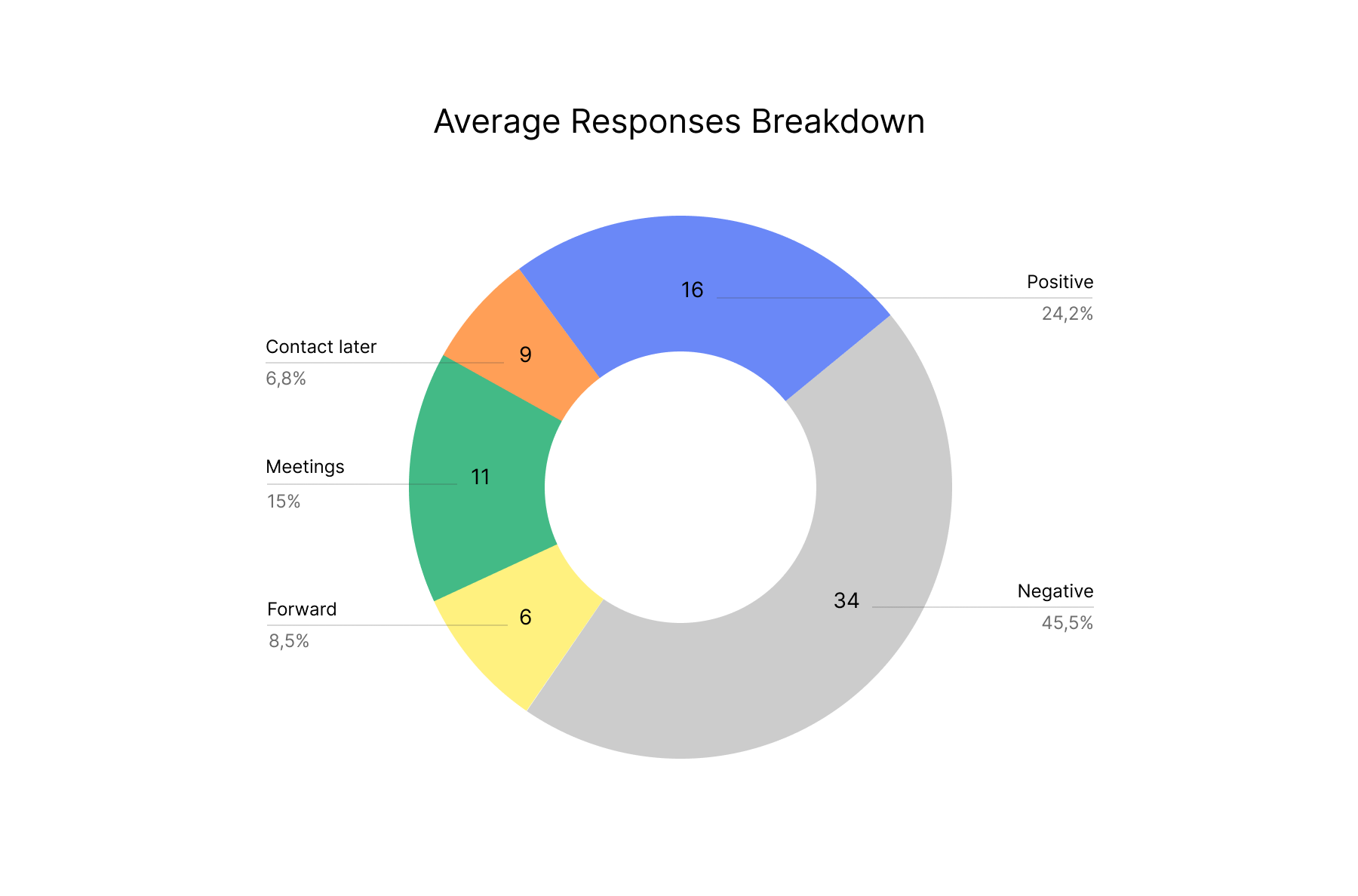 Peregrine was happy with these results as he has never had so many leads. Being fully loaded with work, Rob decided to freeze the outreach activities for a while.

II. We researched all the potential clients in Connecticut. The Belkins team filled Peregrine's pipeline with as many leads as possible at that period. At the same time, our client got connections that could help him expand the business to other markets.

Still, we agreed to make a pause and meet in several months. The only issue was that we couldn't move further because Peregrine needed to update their website and grow the team. And Rob started to work on that.

III. We did a lot of testing and finally found a scalable approach. We tried several ICPs, including contacting the building owners directly. But, there was a constraint with contacting real estate proprietors. Surprisingly, these people didn't want to show up. Technically, it was possible to find the necessary names in official US registries, though it required several iterations.

But even if we managed to find their emails, chances that they would respond to the message addressed to them as to property owners were minimal. That's why the actual TA was brokers, though they were only intermediaries for Peregrine.

IV. We motivated our client to update his website. When we found the maximal number of leads that Peregrine could process, we agreed to stop at that point. So Rob could use this time to update his landing page or create a website for further marketing campaigns.

After this, we would be able to generate leads in more competitive and demanding markets, including New York. This destination was among the first that Peregrine wanted to cover. That was because the company's founder grew his network and got some connections that could assist him during his journey.

If you are eager to take your sales to the next level and skyrocket the demand for your product or service — a call with our team is a great way to start.

with Belkins today Your Business Gets: